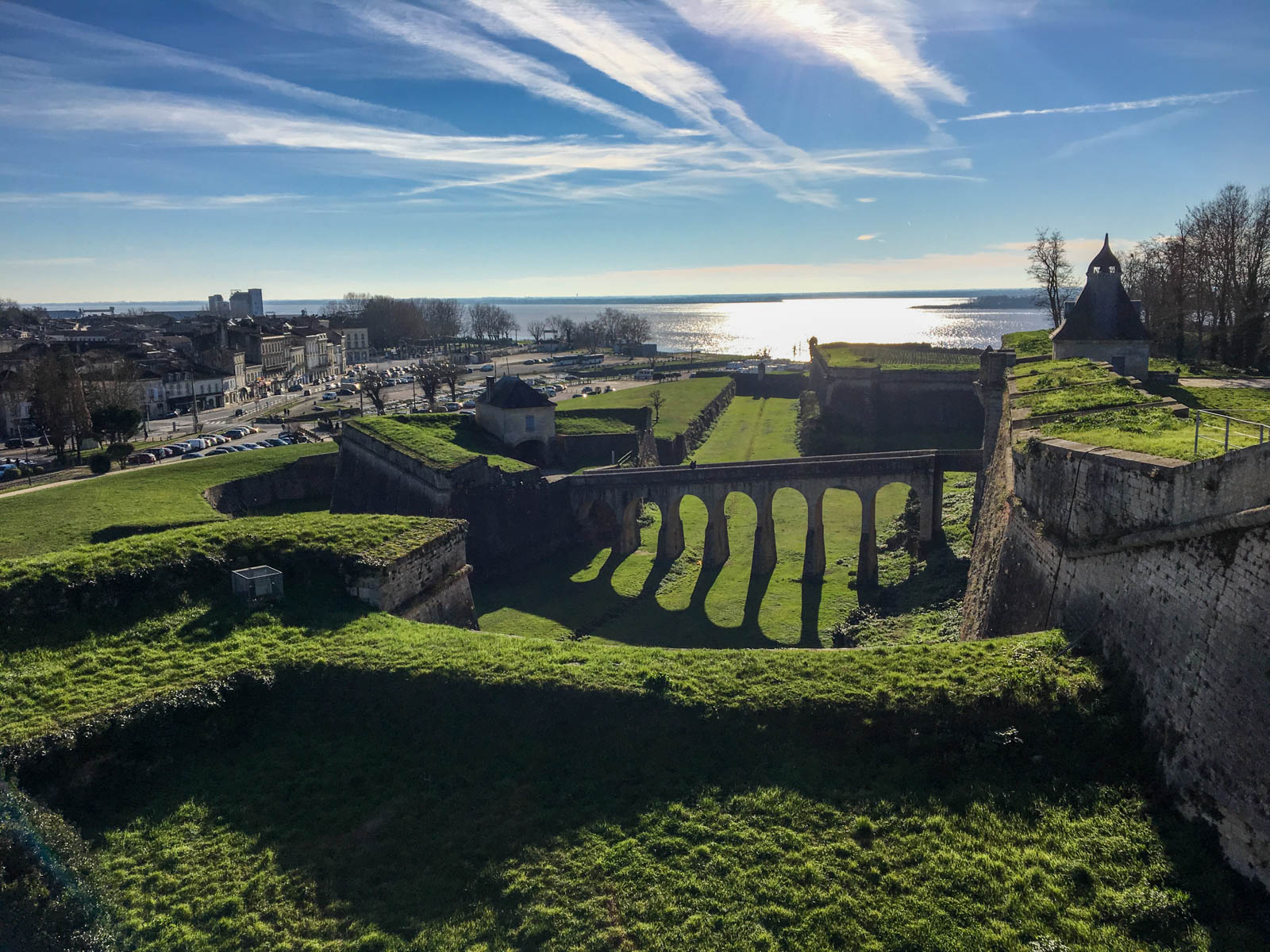 — and for that matter, a rich prehistory

The History - Stepping into the past

The town of Blaye long been a key French seaport and for centuries been responsible for exporting produce such as grain and red wine.

Situated high on the right bank of the Gironde estuary, the village’s strategic location was quickly recognized by the ancient Romans, and later became the site of the renowned Citadelle de Blaye, a UNESCO World Heritage site since 2008.s

About 30,000 years prior, nearby prehistoric caves, the Grotte Pair-de-Non-Pair, were populated by early humans. Today, they are yours to explore and marvel at.

Ask at the Blaye Tourist Office  about touring these and other local historic sites, especially since some require reservations and limit the number of guests.

0
The Citadelle De Blaye is listed as a UNESCO World Heritage site, as part of the fortifications of Vauban Group.

0
English forces raid the Citadelle and burn it to the ground.

strolling around your neighborhood, popping into local markets and shops. Immerse yourself in French countryside living with a visit to corner wine shops and markets that offer a tantalizing array of fresh seafood, mushrooms, fruits and vegetables, as well as cheeses, breads and meats. Wednesdays and Saturdays are Blaye farmers’ market days, a 10-minute walk from your home away from home.

Sated? Now embark on a hunt for treasures to bring home from local artists, sculptors and photographers. Search for hidden gems in neighborhood antique and brocante shops, as well as in the nearby artists’ village in Citadelle de Blaye.

Finally, discover your inner creativity at artist workshops in mosaics, painting and sculpting. Spend time with local artists, visit intriguing art venues, and even discover the artistic side of French wine.

The Shopping - Searching for those hidden gems?

Just outside Bordeaux Village Blaye, the antique shops of Bordeaux city await. It’s an easy 40-minute drive away — or take the leisurely route via the Gironde ferry and the Medoc.

Pipat Antiques in Blaye offers a unique and wonderful selection of treasures (pictured left), is an absolute must-visit during your day.

A unique place devoted to cultures of wine

Visit the prestigious sensory wine museum, Le Cité Du Vin. A perfect way to immerse yourself in wine history and culture. State-of-the-art interactive exhibits will leave you feeling like a seasoned vintner or master sommelier.

Take a break from the experience and enjoy a world-class dinner at their exclusive restaurant. Or, grab a glass of wine atop the magnificent rooftop bar, offering wines from all regions of the world.

Give yourself the opportunity to relax and play, and discover your creative side! Rent one of our apartments for a month and practice with our local mosaic or traditional artists.